Thank you to everyone who supported Season 3 of the RNS Community Performance Series. This season we were delighted to host Ventus Machina (November 12, 2019) and James Mullinger (February 11, 2020). Regrettably, due to the COVID-19 global pandemic, our final concert with the Persée Quintet, this year's winner of the McGill University Schulich School of Music Chamber Music Competition, has been cancelled. Thank you to our emcee, Hance Colburne.
Stay tuned for next season's line-up.

About the Community Performance Series 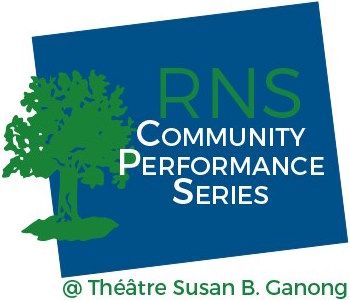 One of the ways that RNS connects with the greater community is through the aptly named Community Performance Series. This series was launched in 2017 as an opportunity to provide the greater community with high-calibre entertainment in a beautiful setting at our on-campus, 206-seat Théâtre Susan B. Ganong. We hope that you will join us for an exciting 2019-2020 season of performances.

If you would like to become a Community Performance Series sponsor, please contact Head of School, Paul McLellan at 506-847-8224. 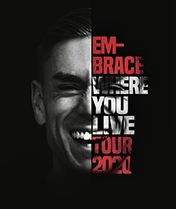 In this inspiring, hilarious and uplifting presentation from award-winning entrepreneur, businessman, writer, philanthropist, journalist and comedian James Mullinger he will inspire you to look at life and work in Atlantic Canada in a whole new way.

In 2014 James Mullinger left his homeland of London, England and moved to East Coast of Canada. Why you ask…well he’ll tell you. He seemingly had it all in England: his own TV show, bestselling book, an editor for GQ magazine, sold out national stand up comedy tours. But James wanted a better quality of life for his growing family so he packed up and moved to his wife’s hometown in New Brunswick.

Everyone told James he would have to leave his career behind if he moved to Atlantic Canada. But on the contrary, James discovered a whole new lease of life on the East Coast of Canada and improved his life immeasurably. He truly believes ANYTHING IS POSSIBLE here. And we should all EMBRACE WHERE WE LIVE.

Two years ago, James launched Atlantic Canada’s first national print magazine and all-encompassing global media brand [EDIT] with his wife Pamela. He will tell us the challenges of creating something that didn’t exist in Atlantic Canada, how and why the brand has grown exponentially over the past two years and why it is so important to him to share the joys of the region with the rest of the world. And what we can all do to attract more business leaders and entrepreneurs to Canada’s East Coast.

He has performed this critically acclaimed keynote speech across the world (Europe, England, America – even at the Canadian Embassy in London, England) sharing his message of joy and positivity of life in Atlantic Canada but today – exclusively – he shares the never-before-told background to the speech and his story.

Seeing this life-changing transition through James’ eyes will invigorate your spirit and change how you view where you live and work. 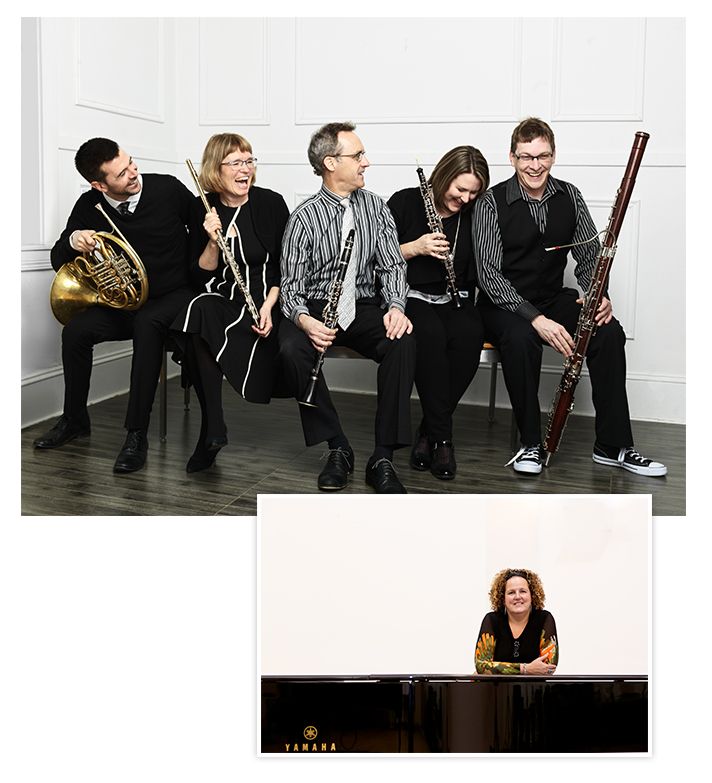 Formed in 2011, the New Brunswick-based woodwind quintet Ventus Machina quickly became a major player on Canada’s east coast classical music scene. Their flexible and dynamic style of performance - often presenting themed programs that at once engage, entertain, and educate - continues to attract and delight increasingly diverse audiences. Classically based and uncompromising in artistic quality, Ventus Machina makes regular excursions into other genres including jazz, opera, Latin and pop; challenging themselves and surprising their audiences.

At RNS, Ventus Machina was joined by soprano Monette Gould to present ﻿Quintet-sentially Opera, an opera program that featured fun and lively works for quintet by Rossini and Briccialdi, classic opera arias, plus dramatic and touching songs from the world of musical theatre.  Masterfully arranged for the simple but elegant combination of wind instruments and voice by our own quintet member James Kalyn, this show brought a new and fresh way to experience classic melodies.

Ventus Machina was honoured to be awarded Classical Artist of 2018 by Music NB at their recent Festival 506. Their latest album, In the Weeds, was launched in September 2017 and was nominated for an East Coast Music Award for Classical Album of the Year in May 2018.


Monette has appeared in several opera productions, and her roles include Fiordiligi in Mozart’s Cosi fan tutte, the Countess in Mozart’s Le nozze di Figaro, and Tatiana in Tchaikovsky’s Eugene Onegin. In 1998, she appeared as Mimi in Opera New Brunswick’s production of Puccini’s La Bohème.  Monette continues an active career as soloist, performing in recitals and concerts throughout the Maritimes.